Reflecting back on my work over the past academic year, I feel that my involvement on three diverse and technically complex projects has been a transformative experience and has given an opportunity to immerse myself in both the contextual and technical aspects of filmmaking. These projects have challenged me both technically and intellectually, which has resulted in a new understanding of the medium and audience engagement with my work.

My main focus of the year was on my short film, Running the Rat Race, which explores my political stance towards capitalism and underfunding of arts through the hybridisation of live-action with Stop-motion animation. This project is my biggest undertaking as a Filmmaker so far, as it was the first time I have been entirely responsible for all roles on a film, many of which I had never experimented previously with, such as Costume, Jewellery making and Music composition. Working on all of these various roles has enriched my creative practice and been the biggest test of my perseverance, as no element came easily.

Taking the time to schedule carefully, create a highly detailed shot-list and adapt the screenplay pre-empted problems in the editing and allowed me to engage critically with the political themes. Analysing sociologist Theodor Adorno’s The Culture Industry: Enlightenment as Mass Deception(1947), was a pivotal influence, which bolstered complex themes of globalisation and creative oppression and further influenced my outlook when approaching commercial’s on the Work Experience project.

On a technical level, I was particularly proud of my Costume construction. Coming into this task, unable to even thread a sewing machine, I was forced into to learning fast, which was aided by advice from technicians and industry professionals. Although I was completely inexperienced, and wish to continue developing my skills after graduation, I felt that I was able to match the complexion of the sets in the costume. Combining costume with avant-garde makeup and prosthetics, conveyed The Artist character’s unique sensibilities, which helped the construction of my own idiosyncratic world.

Through research, critically examining the works of master filmmakers and personal ingenuity, I was able to deploy both Live-action and Stop-motion cinematic techniques to visualise my philosophies on screen, amounting to a more immersive audience experience. Combining both established and my own fresh experimental techniques, such as warped glass and mock diamonds, enabled me to re-invent the Stop-motion medium, keeping my practice sharp, unique and personal. However, I wish to continue experimenting, as I still have a great amount to improve on and learn in the Lighting and Cinematography departments.

Researching into filmmakers enabled me to question who my audience was, where I used inspiration from both pop culture and arthouse idioms, to create a film that appeals to both cinema intellectuals and mainstream audiences. Further, I have engaged with collective environments over the academic year and have been moderating and curating an online collective, The Surrealist Filmmaker’s Community, which has grown to a total of 14,500 members. In building and curating this community, I have made new collaborative contacts with cinema venues, fellow filmmaking communities and found an audience for my work. https://www.facebook.com/groups/surrealistfilmmakers/

With these resources, I wish to continue work on self-directed projects with the hope to have exhibition opportunities on both Running the Rat Race and future projects, showcasing my work at galleries, cinemas, art venues or as installation pieces.

As Running the Rat Race, is a personal project with no external financial backing, I designed all elements of the film to push me to my limits, experimenting with highly complex techniques that I would never have an opportunity to attempt on a professional project at the expense of a studio’s financial backing. With the new skills I have developed off Running the Rat Race, I leave feeling confident in my ability to work as a professional Film practitioner, whether this be as a Director, Costume or Set Designer.

The second, Work Experience project, gave me an opportunity to engage with contemporary performance and commercial practice, which greatly informed Running the Rat Race. As I had taken many intertextual references from commercials as inspiration for Running the Rat Race, working first hand on commercials gave me an insight into a multitude of clever, often deceptive cinematic techniques utilised by advertising agencies to market their product to a mass audience. I found that many of these advertising techniques and processes were transferrable to my own practice, particularly ones that paid close attention to detail within the art direction. I was also able to develop my skills in Draughting and SketchUp, which will aid my personal Design process, also giving me confidence to contact Film & TV Designers I admire to assist under.

From the Work Experience project, I was able to establish that the advertising industry is a world I do not wish to enter. I found the industry to be politically flawed – It was extremely environmentally wasteful and consciously sells falsified images to audiences. The formulaic nature of commercials appears to often strip passion as there is no space for experimentation, where any creative decision is led by market research and further filtered through an agency and client. This said, I found that on one rare occasion, using my initiative, I was able to challenge the hierarchal commercial system and effectively change the design outcome of the Set. I further learnt about the rigorous scheduling process on professional Sets, in which productions scheduled out specific days for camera tests. I feel this is one aspect I can improve on, as I often found myself at a standstill on Running the Rat Race, where I was unable to shoot due to camera failure and lack of testing equipment.

Working on a multitude of projects was beneficial, as I was also able to recognise that I am best suited to working on Independent projects, which is evidently a more inspired, personal experience.

The third, Speculative Design Project, gave an opportunity to experiment with my aesthetics and drawing skills, whilst learning how to create a Pitch Package to send to a Studio as an aspiring director.

This project proved to be incredibly informative, teaching me much about Contemporary performance and practice and the output of contemporary studios. However, in this research, I found that the popular contemporary films of Independent studios being released fit a Social-realist mould and tell stories through a literal perspective. As I prefer to work on a more metaphorical level, incorporating elaborate design and references to Surrealism, I found that my practice effectively goes against the current mould being created in contemporary performance and film practice.

I have learnt how to budget a film and have made contact with Industry professionals, including Directors, Set Designers, Costume Designers and Construction crews. Many of these contacts have given personalised advice and feedback on my design works.

However, even after taking the time to properly schedule all three projects, I could not have predicted the many interruptions that have been a hindrance to my practice, including a Hospital trip after I caught potentially fatal ‘Hantavirus’ after being bitten by a mouse, having my actor of Running the Rat Race being deported, being taken to court by ex-landlord, having 12 stitches in my foot, rented camera malfunctions and of course, the many lockdown restrictions of Covid. To overcome these problems, I have learnt to work under stress, being resourceful and adaptable, taking on roles that I otherwise wouldn’t have if the Covid restrictions weren’t in place. While this has greatly hindered my process, I feel that I have actually learnt an overwhelming amount more about all aspects of Film production as an outcome.

Overall, this academic year has been a wonderful experience and an enormous learning curve, presenting many of the biggest challenges to me as a filmmaker yet. I leave, feeling hopeful of my future, with more confidence to approach industry professionals as an aspiring Director. Through a process of critically engaging with my own work, I wish to continue creating socially-engaged films that challenge societal ills, promote diversity and individuality and hopefully inspire audiences across the globe. With a dream to one day direct feature films for the big screen, I leave Central Saint Martins, feeling empowered, with the hope that one day, through a continued process of hard work and a little bit more luck, this dream, will become a reality. 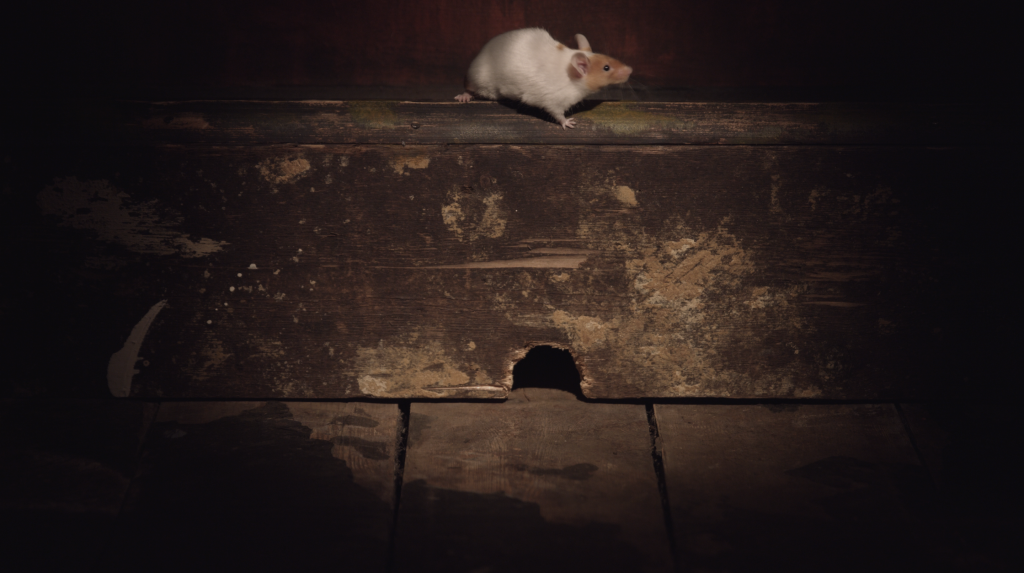